ADJ is pleased to announce the expansion of its popular Focus Series of LED-powered moving head fixtures with the introduction of the Focus Beam LED. The first dedicated beam fixture in the range, this new model generates a highly-concentrated solid beam that is incredibly powerful, making it ideally suited for creating impressive and engaging aerial effects. 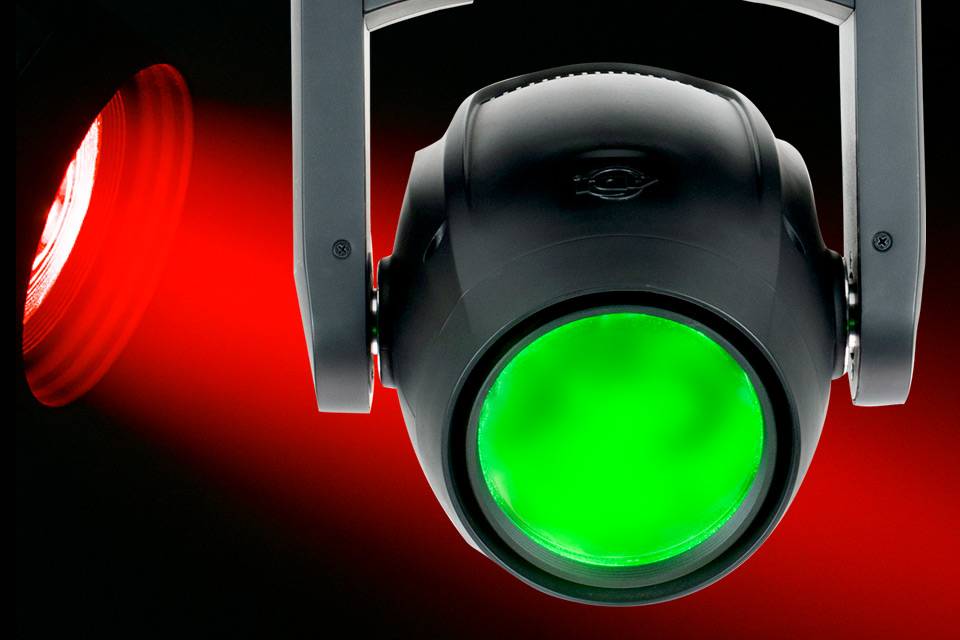 Featuring a variety of high-quality beam manipulation tools, the Focus Beam LED offers lighting designers a wealth of creative potential. This begins with the 13-postion (+ open) dichroic color wheel, which features a useful mix of vibrant saturated hues and more subtle muted tones as well as a CTO filter. In addition to this is a separate GOBO wheel, which is loaded with 15 fixed metal patterns (+ open). These include four beam reducers, allowing the creation of extremely narrow pencil-thin beams, as well as a diverse collection of simple patterns that have been deliberately selected for generating sharp mid-air effects.

Two separate indexed and rotatable prisms can then be applied to any selected GOBO and color combination to generate dynamic multi-beam effects. These take the form of 8-facet circular and 6-facet linear options, which can be used independently or layered together. This gives lighting designers the ability to achieve a wide variety of distinctly different aerial effects, which can be further enhanced using the optional split color, GOBO shake, and variable speed strobe and pulse effects.

The fixture also offers motorized focus, which is the signature feature of the Focus Series. This allows lighting designers to ensure projected GOBOs remain sharp over any throw distance, while also having the option of deliberately blurring them to create more subtle textured projections. In addition, the Focus Beam LED also offers a linear 0-100% frost filter, which allows the unit to do double duty as a wash luminaire if required.

With 16-bit pan and tilt stepper motors and a lightweight design, the fixture offers precise positioning, smooth movements and a lightning fast top speed. In addition, 16-bit digital dimming allows for exacting control over the beam’s output as well as extremely smooth fades in and out. A choice of six present dimming modes is also provided, as well as adjustable LED refresh rate (from 900 to 25k Hz) and gamma settings (between 1.0 and 2.8).

In terms of connectivity, the unit is fitted with both input and output power connections – in the form of locking Seetronic sockets – which allow the power supply for multiple fixtures to be linked together (up to 15 @ 120V or 30 @ 230V). A USB socket is also fitted for easy future firmware updates, while standard 3-pin input and output sockets allow integration into a DMX control system. The unit offers a choice of two channel modes (16 or 18) and is also compatible with the RDM protocol for remote DMX addressing.

A large backlit display screen on the front of the unit’s base, together with six navigation / selection push buttons, makes manual DMX addressing as well as mode selection extremely simple and intuitive. In addition to DMX control, the unit also comes pre-programmed with seven internal sequences which can be used for standalone operation, while multiple fixtures can be linked together to create a synchronized master/slave lightshow.

Despite its powerful output, the Focus Beam LED is a compact and lightweight fixture. With dimensions of 10.96″ x 6.85″ x 17.61″ / 278 x 174 x 447mm (LxWxH) and a weight of 27 lbs. (12.25 kg) it is easy to store, transport and rig, making it ideal for production companies and rental houses. It’s relatively low profile also makes it perfect for installation in venues with limited ceiling height or for situations where rigging space is limited.

“The Focus Series has proved very popular for a wide variety of applications across the middle market of the entertainment lighting world,” explains ADJ USA’s National Sales Manager, Alfred Gonzales. “From churches to nightclubs, production companies to mobile entertainers, Focus Series moving heads have made their mark on fixed installations and temporary event productions all over the world. Which is why we are excited to be expanding the series with the new Focus Beam LED. Despite its compact size and low power requirement, this impressive fixture generates a surprisingly-potent beam that is capable of holding its own in large spaces, working alongside video and other lighting equipment. Having already demonstrated the fixture a number of times to an overwhelmingly positive response, I know this is going to be very well-received by lighting professionals across the board.”